Many know that eating coconut oil or using it on our hair and skin is without a doubt among the most natural, healthy, and effective practices in our modern society.

Lauric acid, which is about 50% of the fatty acids contained in Coconut oil, boosts the immune system which makes a lot of sense since it’s also present in breast milk.

As Coconut oil contains anti-fungal, anti-microbial, antibacterial, and antioxidant elements within it, there are many different disorders and even diseases it can aid.

A wide range of research, documented by the American Society for Nutrition, has affirmed that Coconut oil can treat, safeguard against, and remedy several diseases and ailments including; 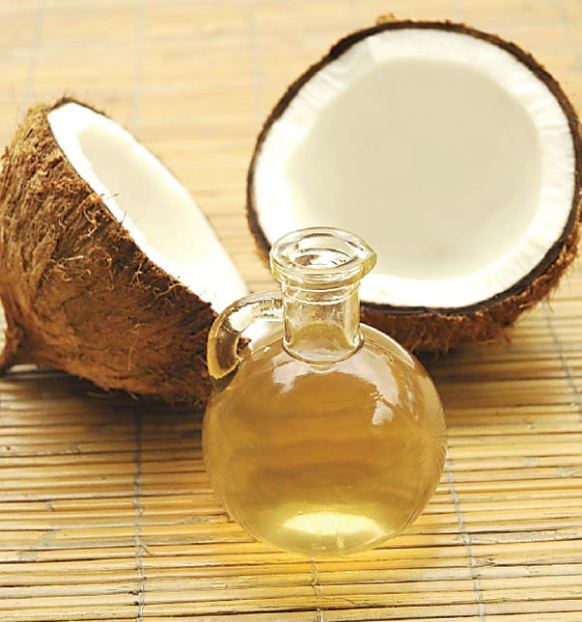 As far as more cosmetic benefits go, Coconut oil happens to be particularly useful to keep the skin in great condition as it moisturizes wrinkles, creating a silky and smooth appearance. It has been known to lessen scars and eczema in many applications.  If you’re having skin, hair or nail issues, you should perform some simple health checks such as making sure your body has enough protein, and couple it with the use of Coconut oil.

With that being said, Coconut oil is great for keeping hair thick, long, shiny, detangled and soft. It will aid in removing sebum originating from the hair follicles.

Additionally, Coconut oil can lessen the harsh effects of chemotherapy that many cancer patients dread.

These days, everyone is fearful of the prospect of getting cancer, and understandably so. There are so many people that get cancer and meet their demise from it every year, so it appears many traditional treatments should perhaps be accompanied with natural remedies that are being studied and practiced as well.

Research released in the Cancer Research Journal performed by experts from the University of Adelaide indicated that Lauric acid, which as mentioned previously in this article is present in coconut oil, has powerful cancer cell diminishing qualities.

These researchers conducted the studies under airtight conditions in a Petri dish and found that Lauric acid eliminated ninety percent of the cancerous cells in roughly 48 hours.

The breakthrough studies may not be completely analyzed and getting adequate funding for several reasons. Much of this may pose serious threats to existing industries that make a lot of money in treating these ailments. Coconut oil is very affordable and it’s hard to make giant profits from it, so you can see why this would pose a problem to an entrenched medical industry.

But, on the upside, that leaves us as regular consumers the ability to purchase it and treat ourselves with this wonderful substance.