Vegetables are not only the healthiest kind of food there is, they’re also very tasty. You just need to know how to cook them properly.

Here’s a list of 12 simple but tasty vegetable recipes. 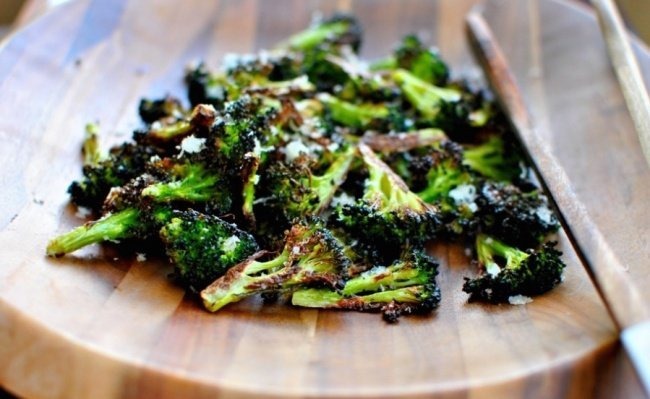 Slice up the broccoli, place on a baking tray greased with olive oil. Add salt and pepper. Roast for 10-13 minutes at 200 degrees. Sprinkle with grated cheese, serve. 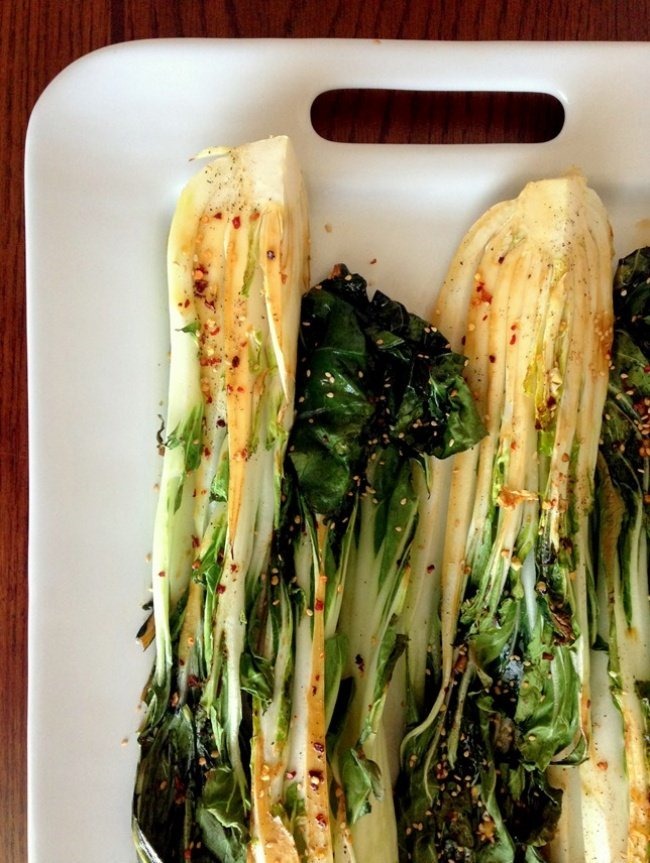 Preheat the oven. Prepare a dressing made from olive oil and sesame oil, soy sauce, grated garlic and sesame seads. Place the cabbage on a baking tray and cover with the dressing. Roast for 6-7 minutes. 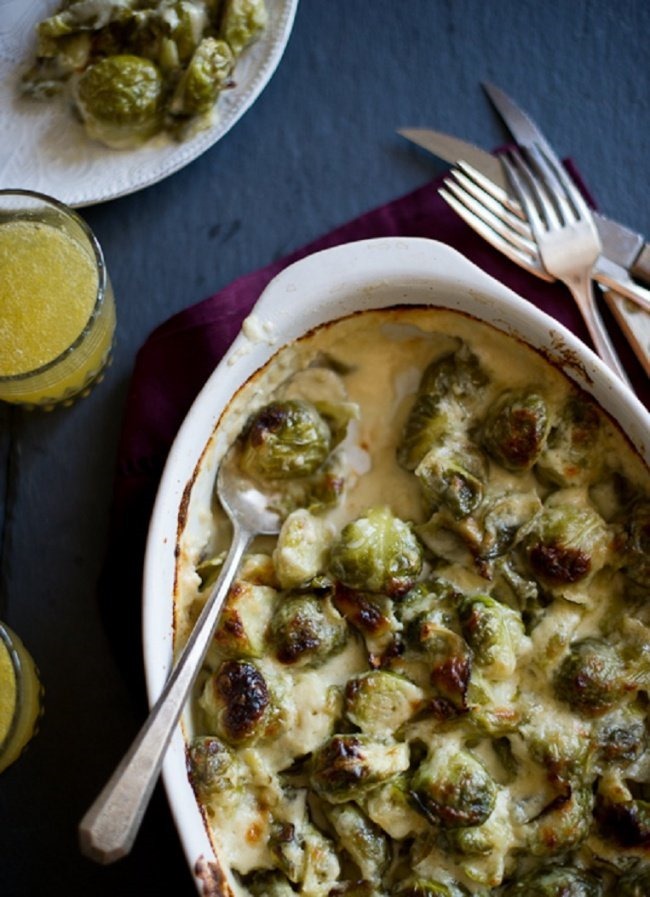 Boil some brussel sprouts. Mix together some butter, milk, salt, cheese, mayonnaise and black pepper. Place everything in a baking tray and roast for 30-45 minutes. 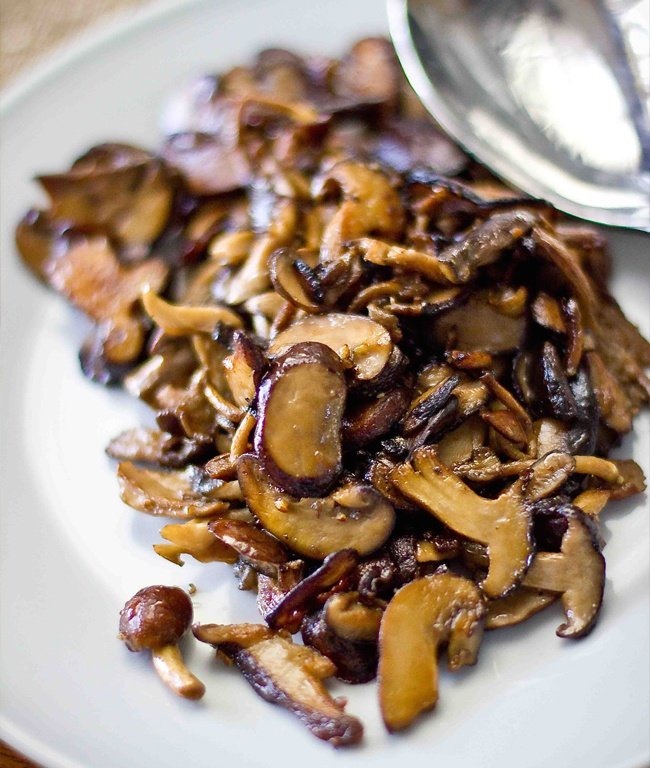 Chuck some mushrooms in a preheated frying pan, stir them until they turn brown, then add olive oil and garlic. Add some white wine; when it boils off, add salt. 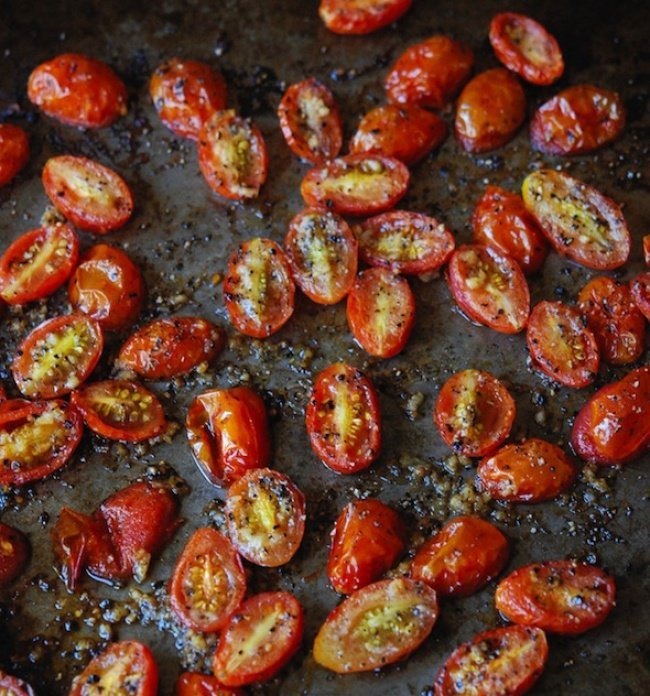 Heat up the oven. Stir together some sliced cherry tomatoes, garlic, olive oil, salt and pepper in a bowl. Place everything on a baking tray, and roast for 20-25 minutes. 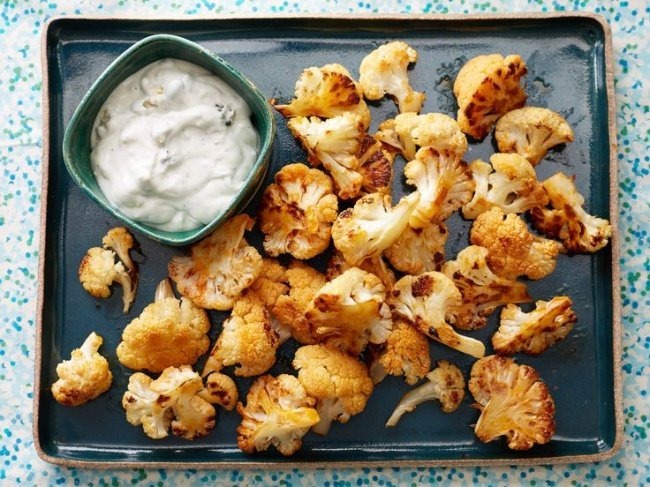 Fry the cauliflower in some spicy sauce with a squeeze of lemon juice. To make the cheese sauce, mix together some cheese, milk, mayonnaise, sour cream, salt and pepper in a blender. Leave it to chill for 30 minutes in the refrigerator, then serve with the cauliflower. 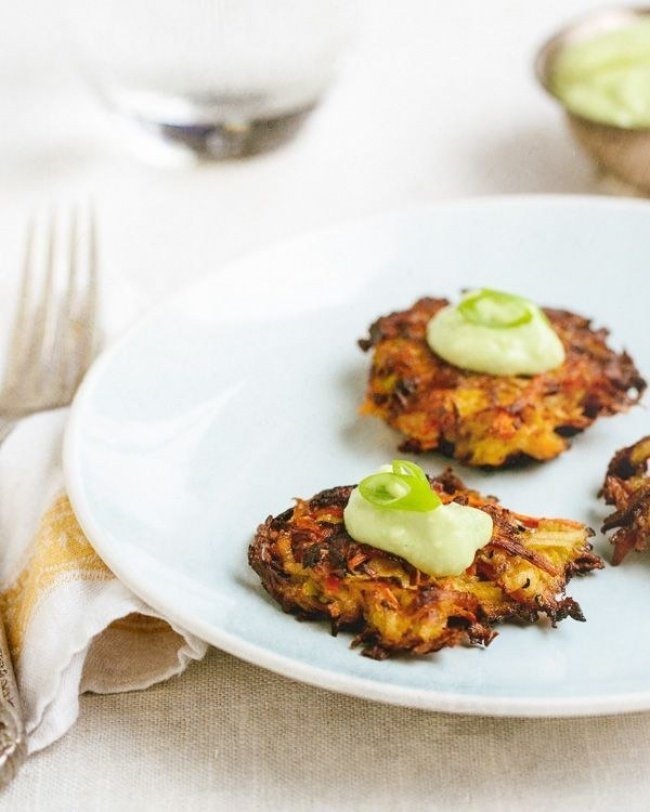 Break up some kohlrabi, carrots and onion using either a food processor or a grater. Mix together with one egg, salt and pepper to make fritters. Fry them until they turn a golden colour. To make the sauce, blend together avocado, yoghurt, lemon juice and some salt until it takes on a creamy consistency. Serve with the fritters. 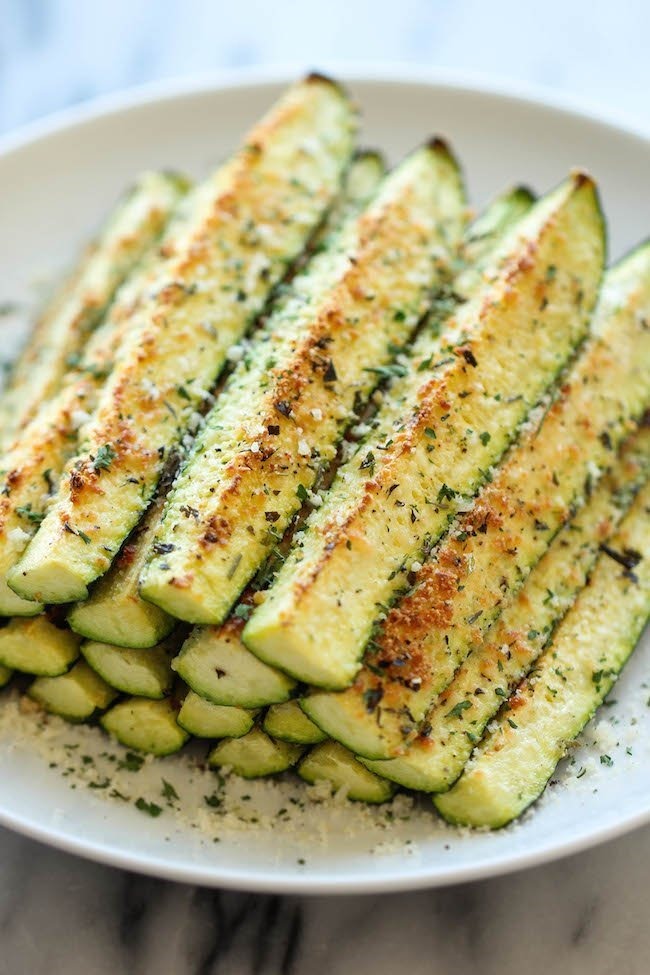 Heat up the oven. In a small bowl, mix together some cheese, thyme, oregano, basil, garlic, salt and pepper. Place some chopped slices of zucchini on a baking tray. Pour on some olive oil and sprinkle with the cheese mix. Roast for around 15 minutes, then fry for 2-3 minutes until they have a crunchy outer crust. 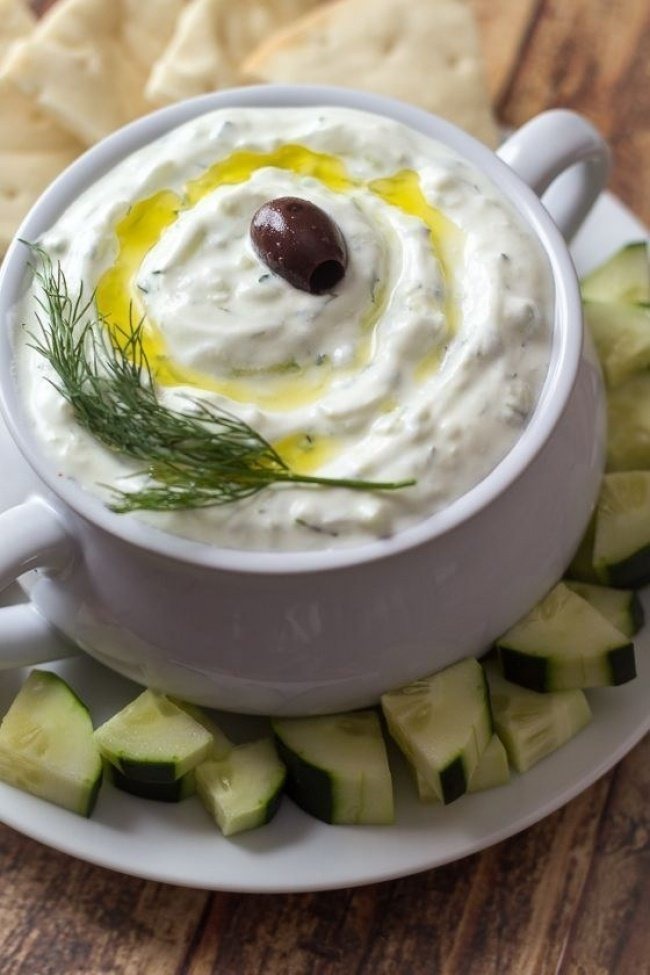 Grate one cucumber. Mix together some yoghurt, garlic, oil, vinegar and salt in a large bowl. Add the grated cucumber along with some dill. Serve chilled, with bread. 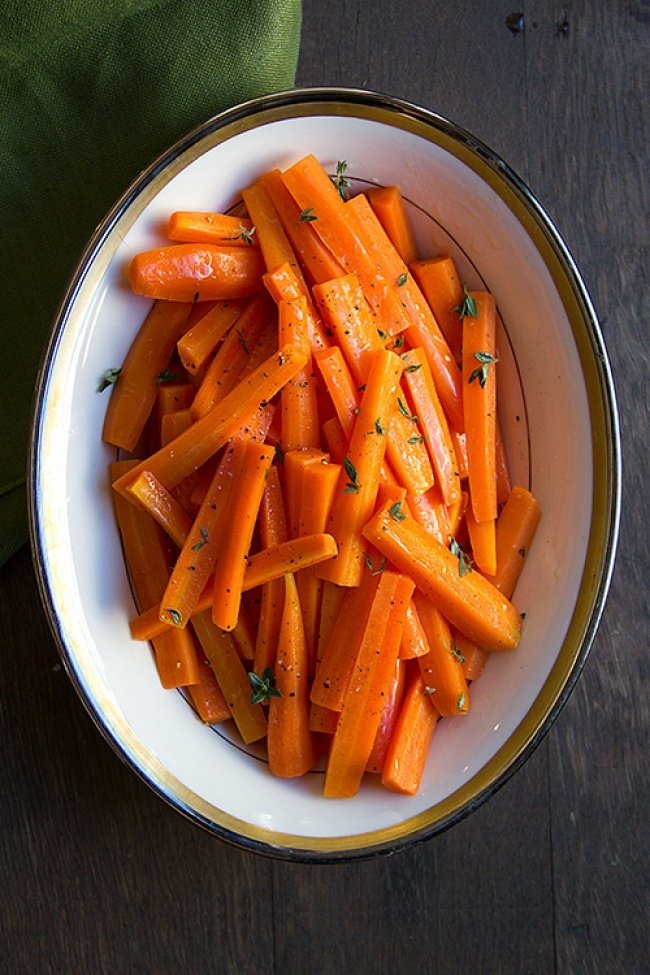 Chop the carrots into thin slices. Heat up some oil in a frying pan, add the carrot, cover and allow to stew, stirring occasionally, for 20-30 minutes. Increase the heat and add the maple syrup and some freshly squeezed orange juice. Stew for another two minutes, then add salt, pepper and thyme. Boil some milk mixed with cloves and a bay leaf in a small saucepan, then pour into a bowl. Place some onion in a frying pan, fill with water until the onion is covered. Add some cream, salt and sugar. Boil on a medium heat for around 12 minutes, stirring occasionally, until the onion turns a golden-brown colour. Then add some flour, the boiled milk, salt and pepper, nutmeg and peas. Boil until there is no liquid left, stirring regularly. Serve with sour cream. 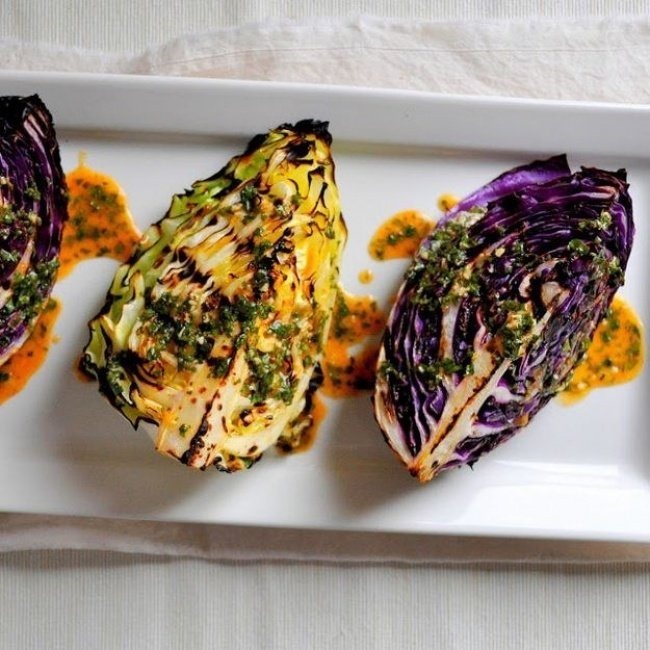 Blend together some lime juice, olive oil, garlic, salt, sugar and coriander until the mixture takes on a pale orange colour. Take a cabbage, remove the large leaves and chop into wedges, then cover it with olive oil. Grill on all sides for 5-7 minutes, until the edges turn black. Pour the sauce onto the cabbage and serve with chunks of fresh lime.