An Arizona man said he lost over 300 pounds by walking to Wal-Mart each time he felt he needed something to eat.

Pat Brocco, 31, who weighed 605 pounds, said he needed to make a dramatic change in his life after a doctor’s warning about cholesterol and high blood pressure.

Brocco said his stomach was at his thighs and his chest hung low too. He said he was repulsed by his appearance.

He chose to walk to Wal-Mart because it was a mile from his home, every time he had the hankering to eat something. He said he would walk home to eat the meal. He said there were days he’d walk three times a day to Wal-Mart and walk a total of six miles. Brocco said he was proud of himself because he had never walked six miles before in his life. Before he knew it, he was doing it on a daily basis.

While he upped his exercise routine, he also altered the foods he consumed in his diet. Brocco said dairy was a no-no for him, so he removed it from his diet and started to lose weight right away.

After so much Wal-Mart walking, he got a gym membership. He said he previously was unable to do this because he didn’t fit any of the machines.

Today, three years after his daily walks to Wal-Mart, he is now 330 pounds less and is a totally new person. He’s also no longer called Fat Pat, but instead Possible Pat. 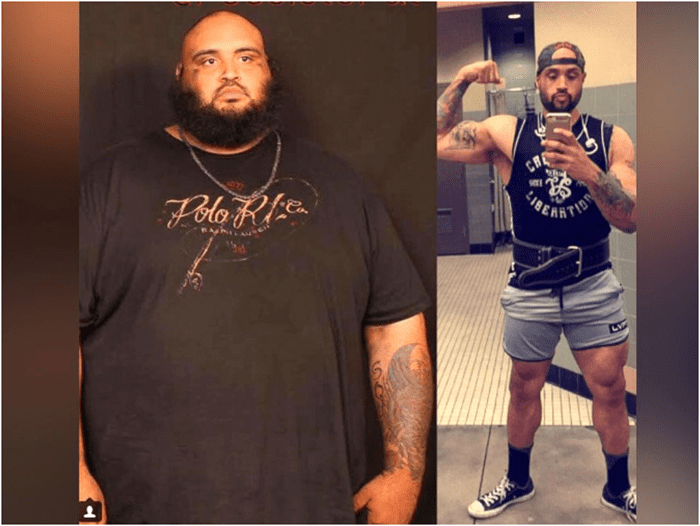 Brocco said he’s proud to have set an example for his son by losing the weight and eating healthier.

And, he’s not the only person coming up with creative ways to drop the weight.

25-year-old Laura Micetich developed hypothyroidism because of the extra weight and decided to lose 115 pounds.

Micetich said she finished college and, when she stepped on the scale, noticed that she was over 300 pounds. She said she used Instagram to track her progress and get her motivated to continue her progress. The social media platform allowed her to stay accountable and inspire others to lose weight or feel better about themselves.

Check out our other stories on the dangers of what happens if you sit too much.  Get out and walk it off!