Rheumatoid arthritis is considered to be an extremely painful condition a person can suffer with, which is why many people who have it use powerful painkillers.

However, one woman has been able to overcome her arthritic pain by making a change in her lifestyle. And, for other sufferers, it could be the answer to relieve the debilitating pain.

Sarah Allen was just 28 when she was diagnosed with the condition, and she’s been suffering from it for years. Upon her diagnosis, Allen believed herself to be healthy – a competitive triathlete and fairly good diet. She said the pain in her feet and fingers were mind-numbing.

She said her pain migrated and she had many tendonitis problems in her body. She said it was three years before doctors could attribute her problems to rheumatoid arthritis.

Allen said it’s sad to be a young person with the condition, but she’s managed to come up with a way to combat it.

Rheumatoid arthritis, which is an autoimmune disorder, is noted as being extreme pain in both the hands and feet. And, it’s still one disease that doctors know very little about.

And, it’s why Allen decided to take matters into her own hands about her condition instead of using powerful drugs. She said she picked up a book written by Dr. Thomas McPherson Brown and Henry Scammell called The Road Back: Rheumatoid Arthritis, its Cause and its Treatment. In the book, they said it was a person’s diet that could help cure a person’s pain caused by the condition. 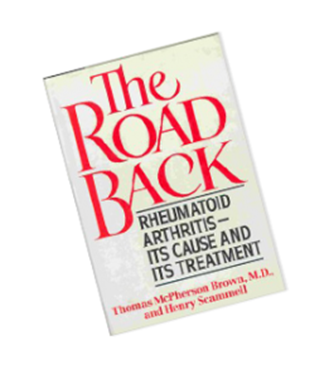 Allen said she eliminated processed sugar and foods from her diet. She completed a comprehensive questionnaire about how food was metabolized, her energy levels and stress. She said, finding out about her blood type, she was given a special list of foods that could help her to heal. Allen said she started vegetable juice, doing about 48 ounces a day.

Allen said she also consumed organic grass-fed beef, bison, free-range chicken, ostrich and raw dairy. She said she was able to find an organic farm close by where she got most of her food. She would also buy her vegetables from local farmers’ markets.

Despite her rheumatoid arthritis condition, she’s been able to go back to working and exercise – something she feared should need to give up because of the disease.

The link between diet and degenerative diseases such as rheumatoid arthritis are still being looked at, but stories like Allen shows that a diet can really make a positive impact on one’s life.