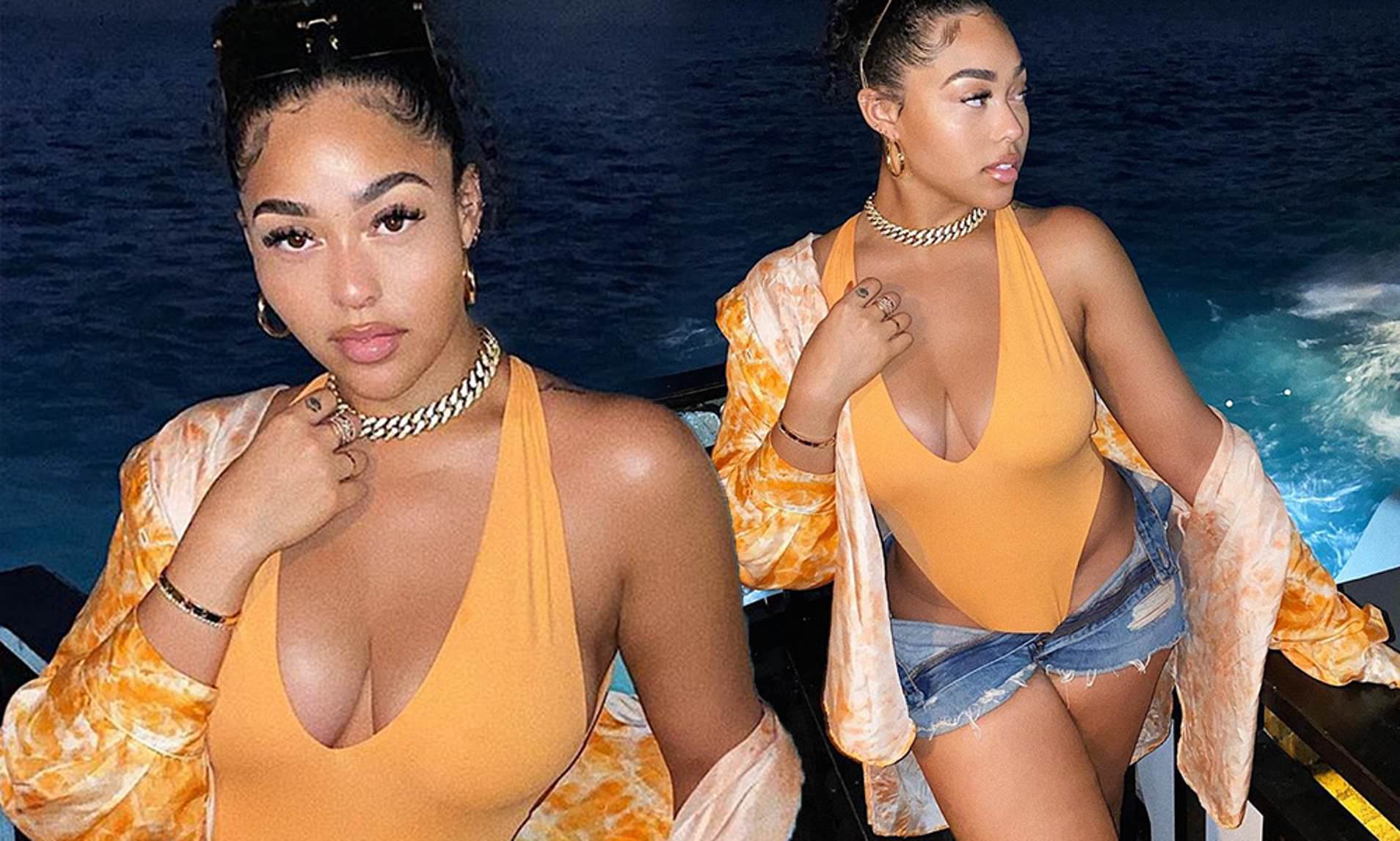 Social media users might easily assume that many celebrities have had cosmetic surgery because of the number of celebrities who have gone under the knife. In contrast to singers like Megan Thee Stallion and Chloe Bailey, many celebrities maintain that they’re all-natural while concealing their cosmetic operations from the public. This has led to a lot of speculation about Jordyn Wood’s weight loss.

The 23-year-old recently uploaded a before-and-after selfie to show her progress at the gym. In addition, Jordyn says that her weight reduction is due to the fact that she has continuously worked out, even though there is no credible evidence that Jordyn has truly worked out. Here’s the complete story.

Many people on social media believe that Jordyn’s weight loss is the result of cosmetic surgery on her body.

Because of her time with the Smiths and the Kardashian-Jenners, Jordyn has had to deal with her weight issues for a long time now. Her love for exercise and desire to lead a healthy lifestyle has helped her shed pounds and achieve a super-curvaceous figure.

Social media users, on the other hand, believe that she has had cosmetic surgery. The fact that she’s exploiting her travels to market her new fitness app, FRSTPLACE, has sparked outrage among many individuals.

Jordyn Woods coming out with a fitness app is actually hilarious. Scammer.

Because of her past ties to the Kardashian-Jenner clan, some people feel that Jordyn is being targeted by cosmetic surgery allegations. Many people suspect that the family has had a great deal of cosmetic surgery, and this is nothing new. Moreover, many feel she succumbed to the demands of work since she was so close to them.

In response to the trolls, Jordyn’s boyfriend Karl-Anthony Towns stood up for his lady love and shut them down. According to Karl in a series of Twitter tweets he made, “seen the results and trust [him], this is all-natural.”

The FRSTPLACE fitness app that Jordyn created was also pushed by Karl, and he took a minute to express his affection for Jordyn.

Are we saying that women can’t work hard and transform their bodies?? I’ve SEEN the hard work and I’ve seen the results and trust me, this is all natural. Since she was 10 years old, people been calling this woman vile things because of her weight and instead of letting the

Jordyn Wood’s weight loss journey had a positive impact on many individuals, despite the criticisms expressed on social media. The model’s before-and-after Instagram shot now has over 600,000 likes as of the time of this writing.

Jordyn’s before picture shows her before she started working out. Jordyn’s physique seems more toned, defined, and curvy in the after photo.

“Sheesh, I got this photo sent to me by the @frst.place team and I look back and have to realize I came a long way and it didn’t happen overnight,” Jordyn wrote. “I can’t even believe I’m posting this, but this is really me and this is my journey. Hopefully, this can inspire some of you! It all started with a lot of mental and emotional work and the physical came with it. We all start somewhere.”

Ahead of her upcoming FRSTPLACE workout app challenge, Jordyn revealed everything. In order to participate, participants will need to complete one entire tutorial on the app, upload a before-and-after picture that includes the hashtag #JWStartingPoint, and mention Jordyn and the app. The first-place winner will take home $2,000, followed by $1,500 for the runner-up and $500 for third place.

As many continue to express their doubts about Jordyn’s journey, she is devoted to helping her supporters adopt better lives and achieve their fitness objectives. While it’s possible to find evidence that Jordyn lied about her fitness journey, it’s reasonable to presume her physique is all-natural on the basis of her appearance. It’s important to remember that Jordyn is not one of the numerous celebrities who have gone under the knife in recent years.

It is our hope that Jordyn’s fitness app FRSTPLACE will continue to do well!