In the constant battle to prevent infections in hospitals, scientists have come up with a stark new proposition – surgeons should operate naked.

They say it is because the surgical scrubs rub against the skin, causing bacteria to fall off and spread through the air of the operating theatre.

In another challenge to conventional practice, the scientists said there was little difference between surgeons operating in their normal clothes rather than changing into surgical gowns. 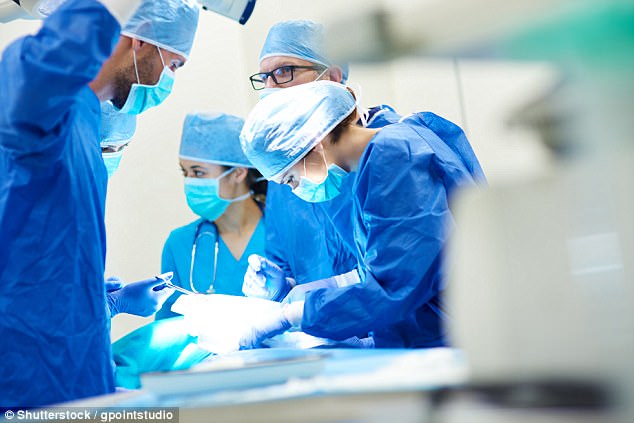 The University of Washington paper, based on existing research, also observed that male surgeons shed twice as many germs as women and that women wearing tights in the operating room were a greater health risk than those with bare legs.

‘The way bacteria gets into the air is through our little skin flakes called squames, and if you are wearing clothing it rubs on the squames and sends them out into the air. If you are naked that doesn’t happen.’

Dr. Dellinger added: ‘When I was training in the 1970s, nurses were required to wear skirts and stockings but there is very good evidence that nurses with bare legs shed far fewer bacteria than nurses wearing stockings.

‘A new guideline has come out that says you have to wear a special bouffant hat to cover every hair on your head, and again there is no data that it makes any difference.

‘Naked surgery probably won’t happen… and I don’t think it will be studied!’

Dr. Dellinger, 73, said he was not about to change his operating attire just yet.

He said: ‘The normal clothes we wear around town are more tightly woven and have smaller cuffs on the pants and on the shirts than we do on our scrub suits.

‘But I am not going to wear my jacket and tie in the OR because I don’t want it to get messed up. 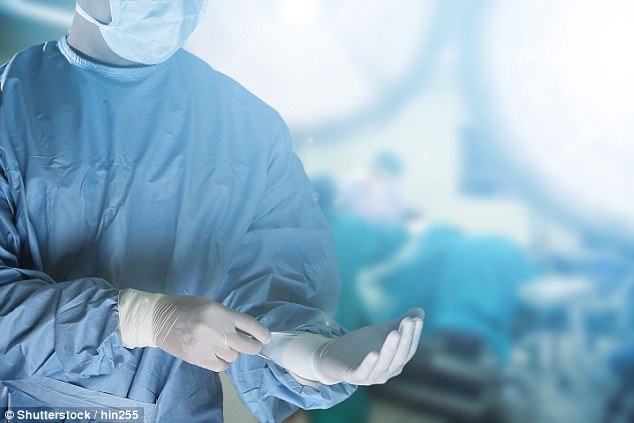 The paper noted naked surgeries were unlikely ever to happen however

‘I’m going to wear my scrub suit to protect my clothing, but not to protect the patient.’

Dr Dellinger admitted there was no Level 1 evidence – where a procedure undergoes a high-quality, rigorous and controlled trial – about the pros and cons of surgeons wearing gowns, but added: ‘I would enjoy it if I were only allowed to do things with my patients with Level 1 evidence, because I could be home by ten in the morning.

‘We have a huge number of things that we do with, and for, our patients that make sense, that appears to get good results but does not have Level 1 evidence.’

In the UK, guidelines issued by NICE recommend a sterile gown and that operating theatre staff are ‘bare below the elbows’.