It’s widely known that yawning can be contagious. What’s definitely new is that women are more inclined to yawning than men. And the reason is quite simple – their sense of empathy for other people is at a higher level. At least that’s what scientists believe… 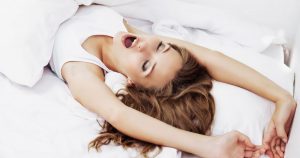 Generally, people yawn every time someone nearby is yawning. Sometimes, reading or just thinking about it is enough to provoke yawning.

What is also interesting is that yawning is less contagious between strangers than between family members or friends.

As already said, women are more likely to yawn if someone near them is yawning. According to researchers, this happens because women feel empathy on a more profound level than men. In other words, they are able not only to understand but also to share other people’s feelings.

This research is based on an interesting analysis of test subjects. Both men and women were observed while yawning in different occasions. It turned out that women yawned more often.

Also, the researchers believe this analysis shows a significant biological difference that exists between the males and females when it comes to empathic emotions. Women care about the psychological condition of their companions more than men do. For this reason, they are more prone to contagious yawning, the scientists claim.

Elisabetta Palagi from the University of Pisa, Italy explains:

It’s been often stated that women are more in tune with emotion and at times more perceptive than men are.  This happens to be true and scientifically proven in the case of this study.  Noticing people when they are contagiously yawning has a whole new meaning when it comes to thinking of it this way!

What do you think about this?  Let people know by sharing with your friends, hit SHARE below