Therese Hansson, 26, from Malmö, Sweden, first noticed she was losing her hair when she put it in a ponytail as a teenager.

She was worried that she might have cancer, and at 14-years-old, she did not know that cancer patients’ hair loss was due to chemotherapy.

Therese hid her bald head, for years, and only her family and close friends knew of her condition.

However, since embracing her alopecia diagnosis, she is confident going out in public without wearing wigs. She is now working as a model’I first noticed it when I was standing in the mirror trying to put up my hair in a ponytail and saw a small patch with no hair close to my forehead,’ she explained.

‘I was young at the time so I was mostly worried that it was cancer since that’s normally the first thing you think of when you see hair loss, but little did I know that this hair loss only happens after chemotherapy.

‘Only my family knew about it at first and after about a year I started to tell my closest friends. It was a big secret to me and I was very sensitive if anyone noticed or asked me something about my hair. I was good at hiding it.’ 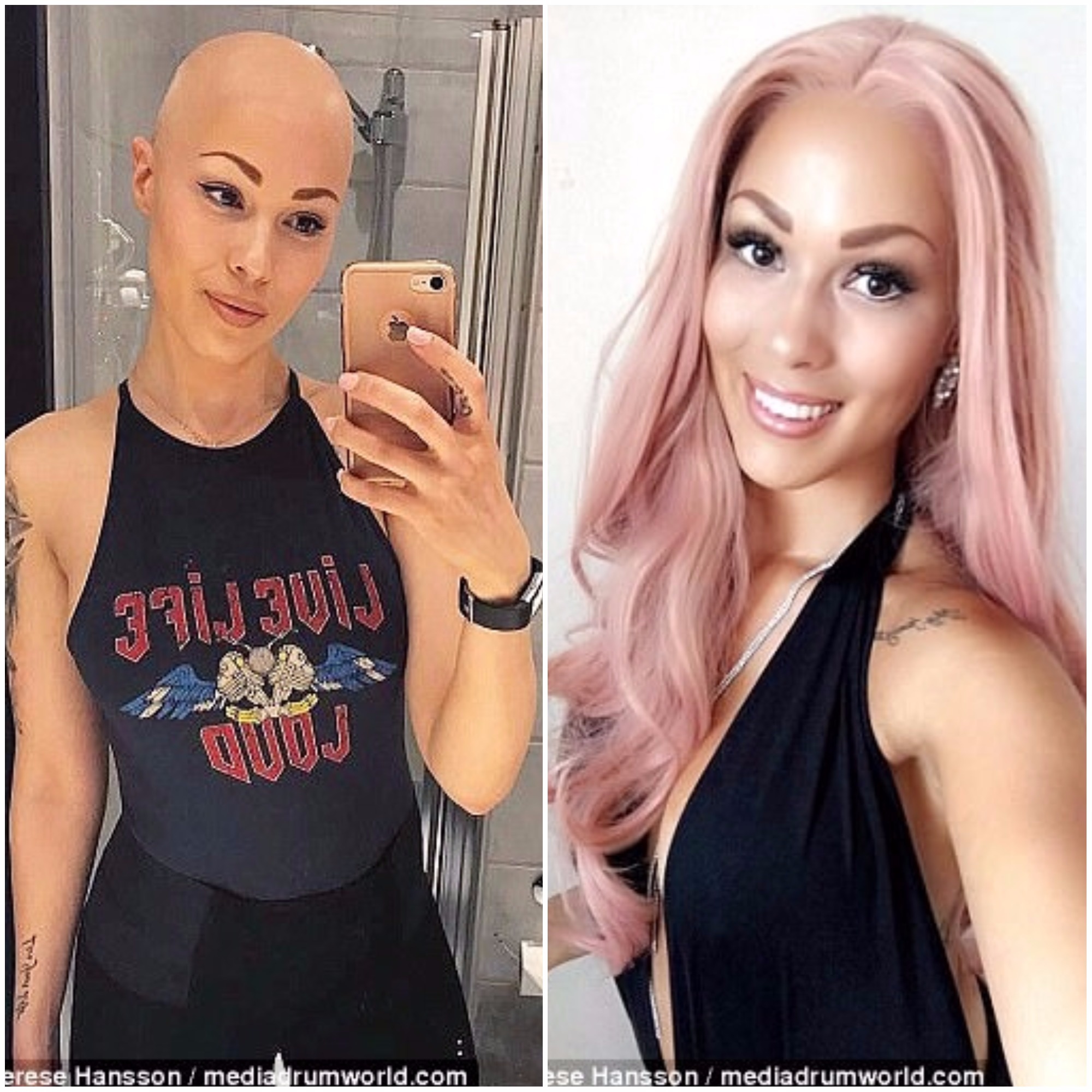 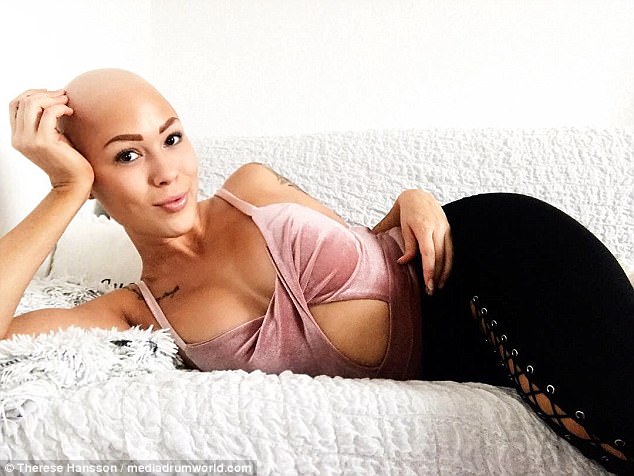 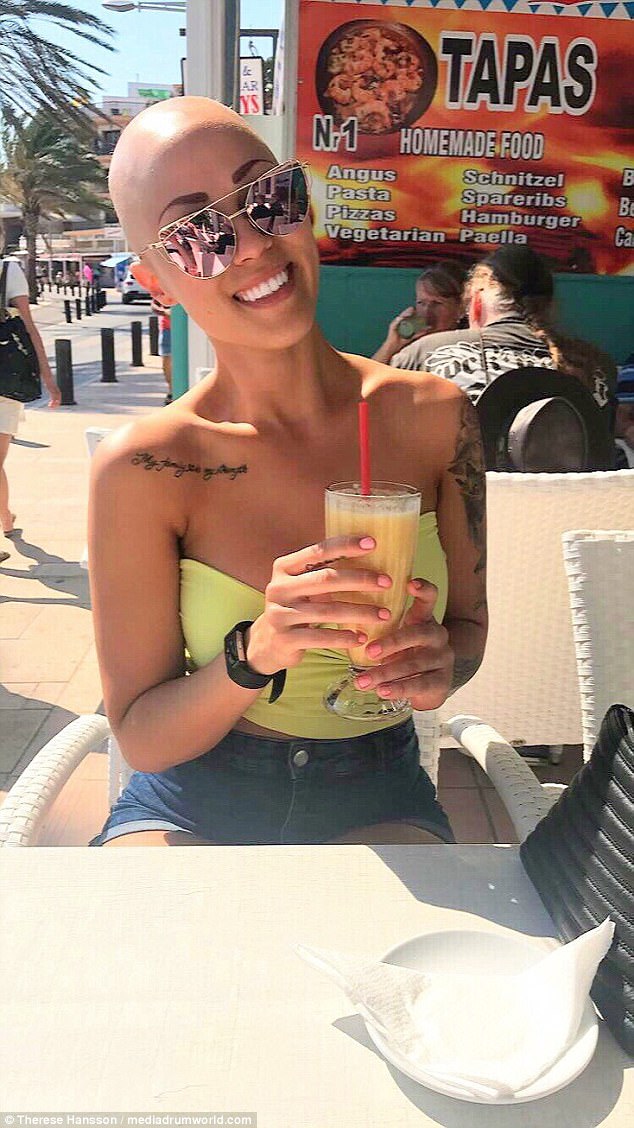 ‘Now I feel like I can be myself and that I don’t need to hide it anymore. Going out in public with my alopecia is something that I regret not doing earlier but I guess I just wasn’t ready before.’

She wishes she had embraced her alopecia sooner. Therese says she would not have revealed her bald head had it not been for her friend pushing her too.

Therese has been signed by the modeling agency GC Management and is now doing what she loves.

People around her couldn’t be prouder and Therese gave her advice to other sufferers. 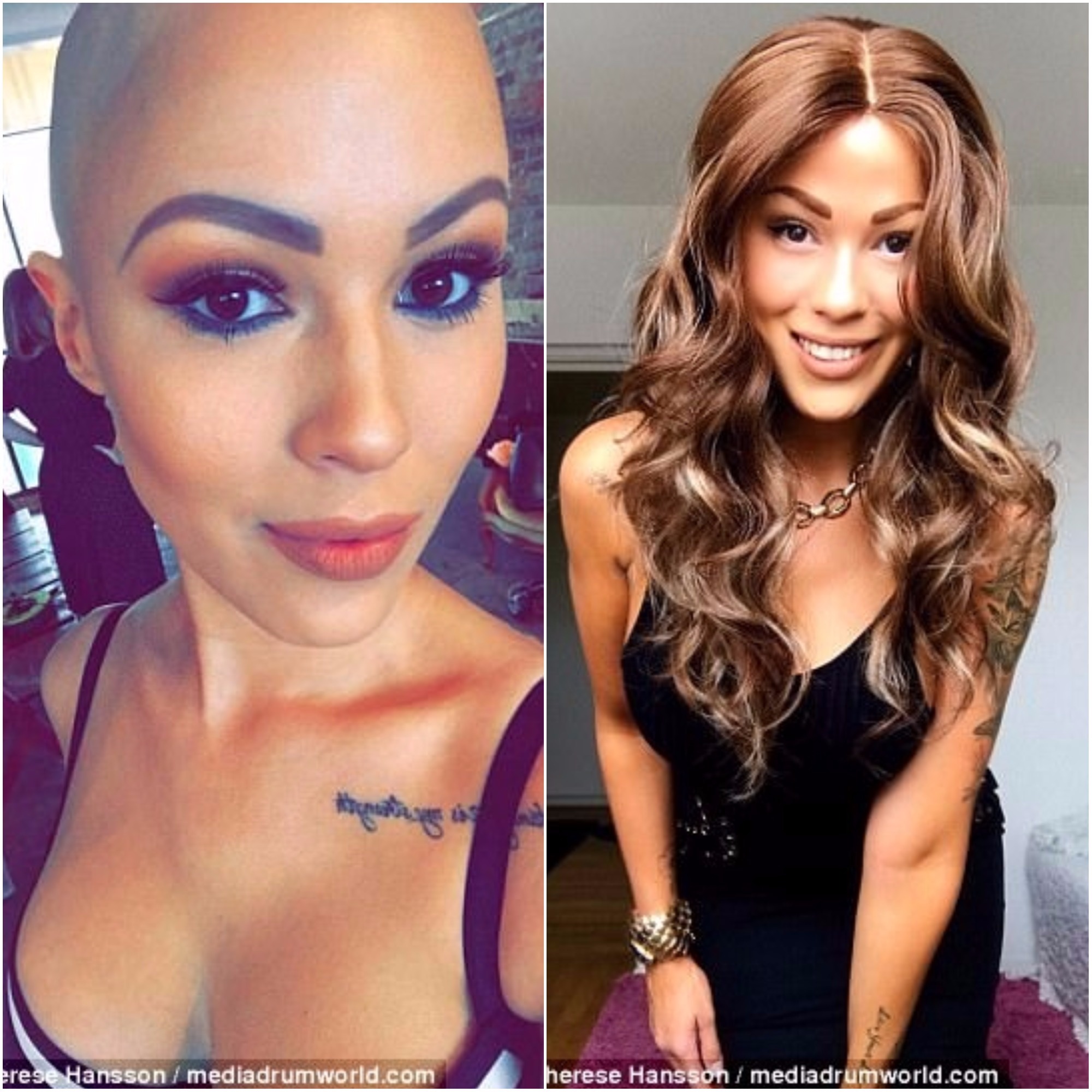 She now feels comfortable to go out in public without wearing one of her wigs (pictured wearing a wig, right) 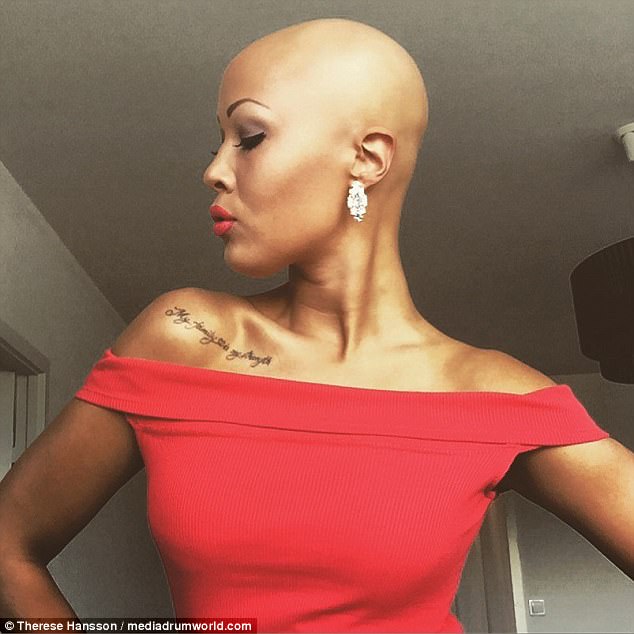 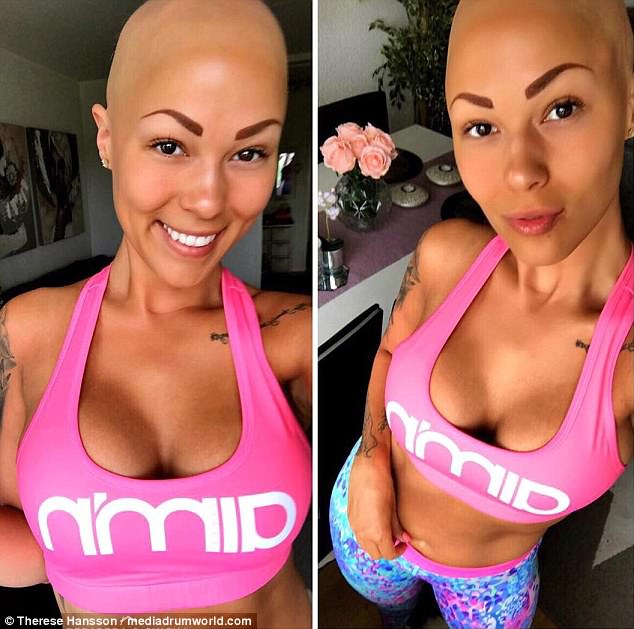 Therese has now been signed by modeling agency, GC Management

‘I would tell them what I wish I could tell myself back when I was hiding and insecure about how people would react, don’t hide,’ she said. ‘It will only make you feel worse. A big stone of relief will leave your body if you can just be yourself. Anyone that won’t accept it is not someone you need in your life anyway.’ 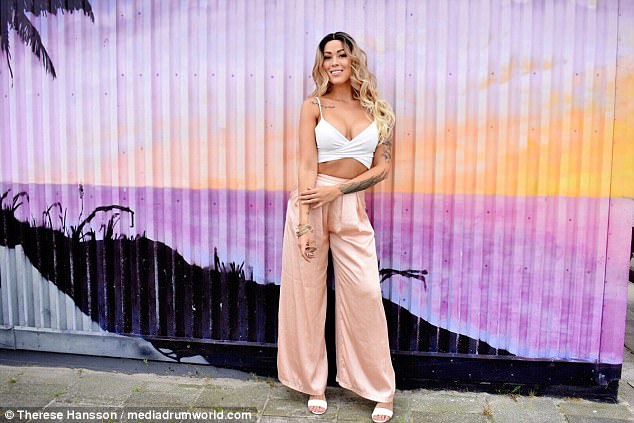 While struggling to come to terms with her condition, Therese would wear wigs while out in public 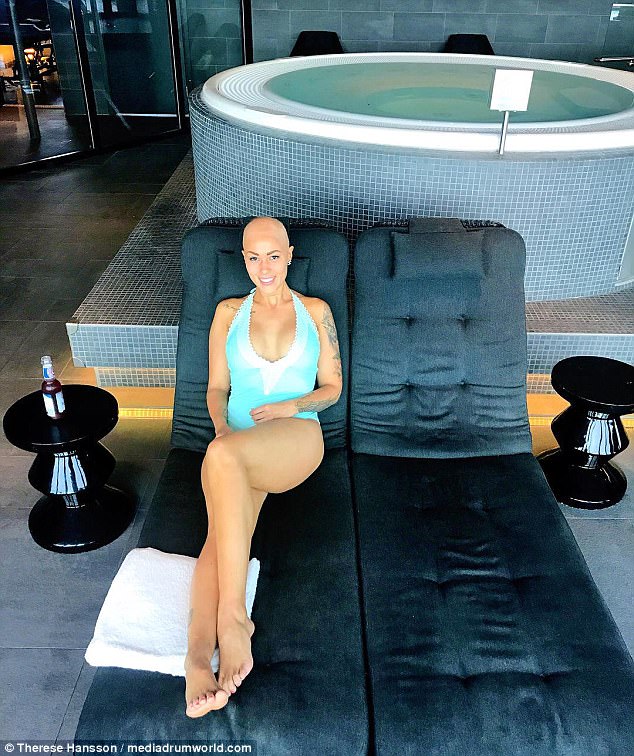